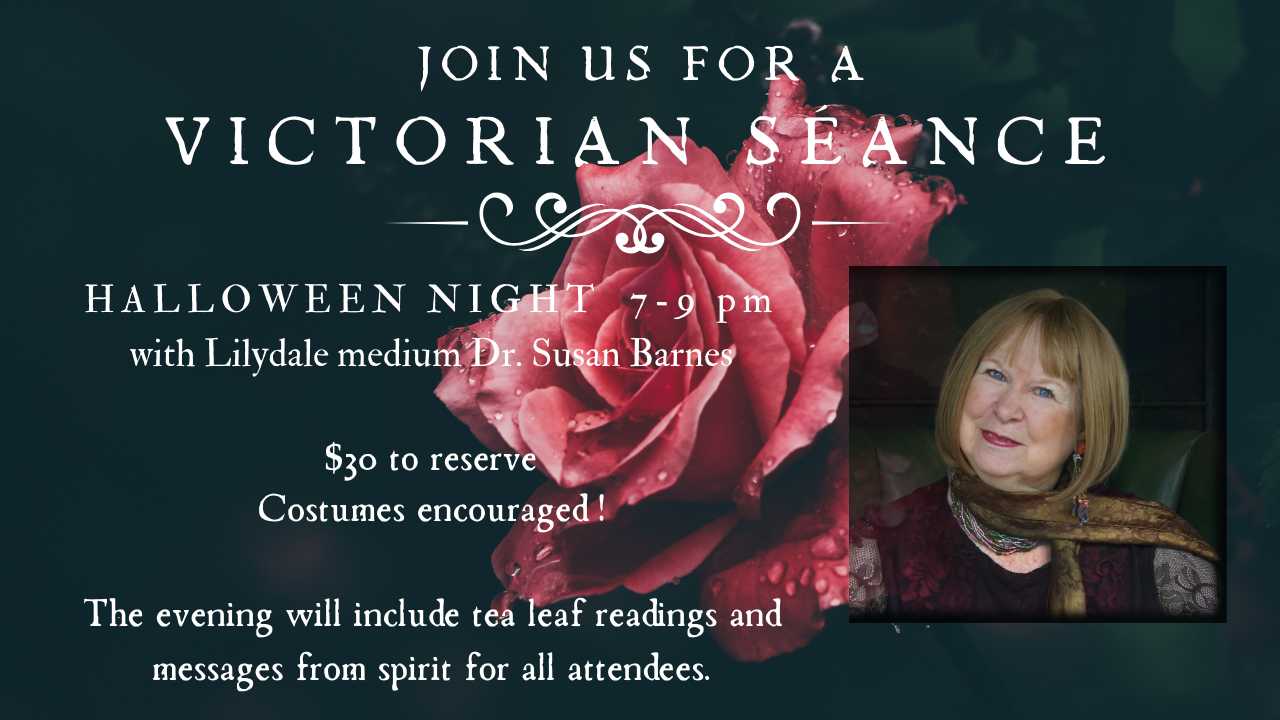 Join Dr. Susan Barnes, Lilydale medium, for an evening filled with Victorian delights.  Learn Victorian fan etiquette and get a message from your tea cup.  Take part in a séance reenactment from the 1860s. See demonstrations of Victorian mediumship and take home a gift.

Everyone will receive a message from Spirit.  Experience an evening that will transport you back into time.

Victorian dress is optional, but fun!

Dr. Susan B. Barnes originally received a degree in art from the Pratt Institute and became a professional graphic designer in New York City. She later studied at New York University and obtained her PhD in the Media Ecology Department. As a communication professor, she taught at several universities, including the Rochester Institute of Technology and Fordham University. She is the author of nine books on the topics of internet relationships and visual communication. In 2019 she wrote her first mediumship book called: Unfolding Physical Mediumship.

Her mediumship studies began when she moved to Rochester, the birthplace of Spiritualism. She studied at the Arthur Findlay College and later became a certificate holder from the Spiritualist National Union (SNU). Her background in art led her to become a spirit artist and collect the works of others. She opened the Spirit Art Gallery in Cassadaga, New York, to run classes and display spirit-inspired creative images. Currently Susan is the host of Spiritual Support with Dr. Sue, Tuesday nights 7PM on the Bold Brave Media Network on YouTube Live.

I’ve heard a number of requests for this class i

The next Sound Bath has been listed! Our January d

New cool stone in the shop: Hackmanite glows under

It’s getting to be that season… you know the o